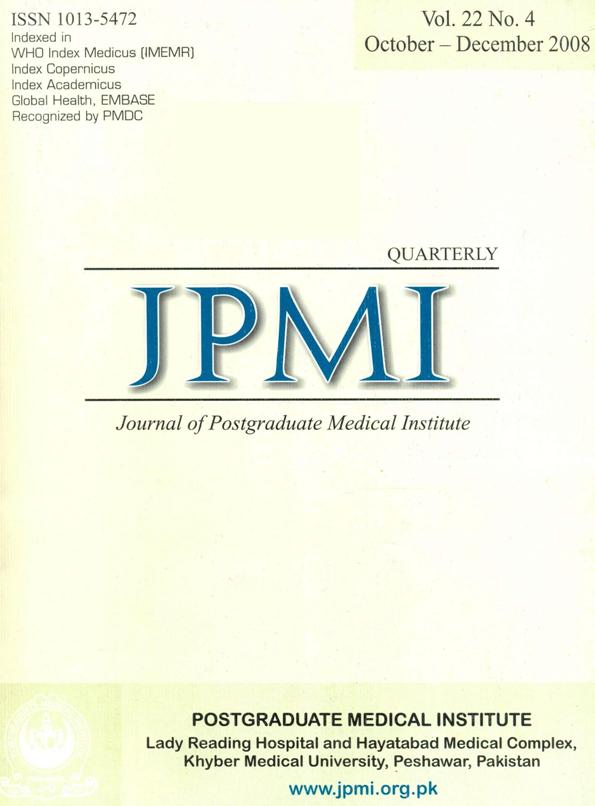 Objective: To evaluate the quality of written operative notes of patients undergoing surgery in a tertiary

Material and Methods: It is a retrospective audit carried out in the department of surgery, unit II at

Civil Hospital, Karachi over a period of three months from July to September, 2007. Randomly selected

Only three notes did not have a signature of the person writing the notes. Legibility of the notes was

did not have the sufficient knowledge and skill. This was evident since some critical details were missing