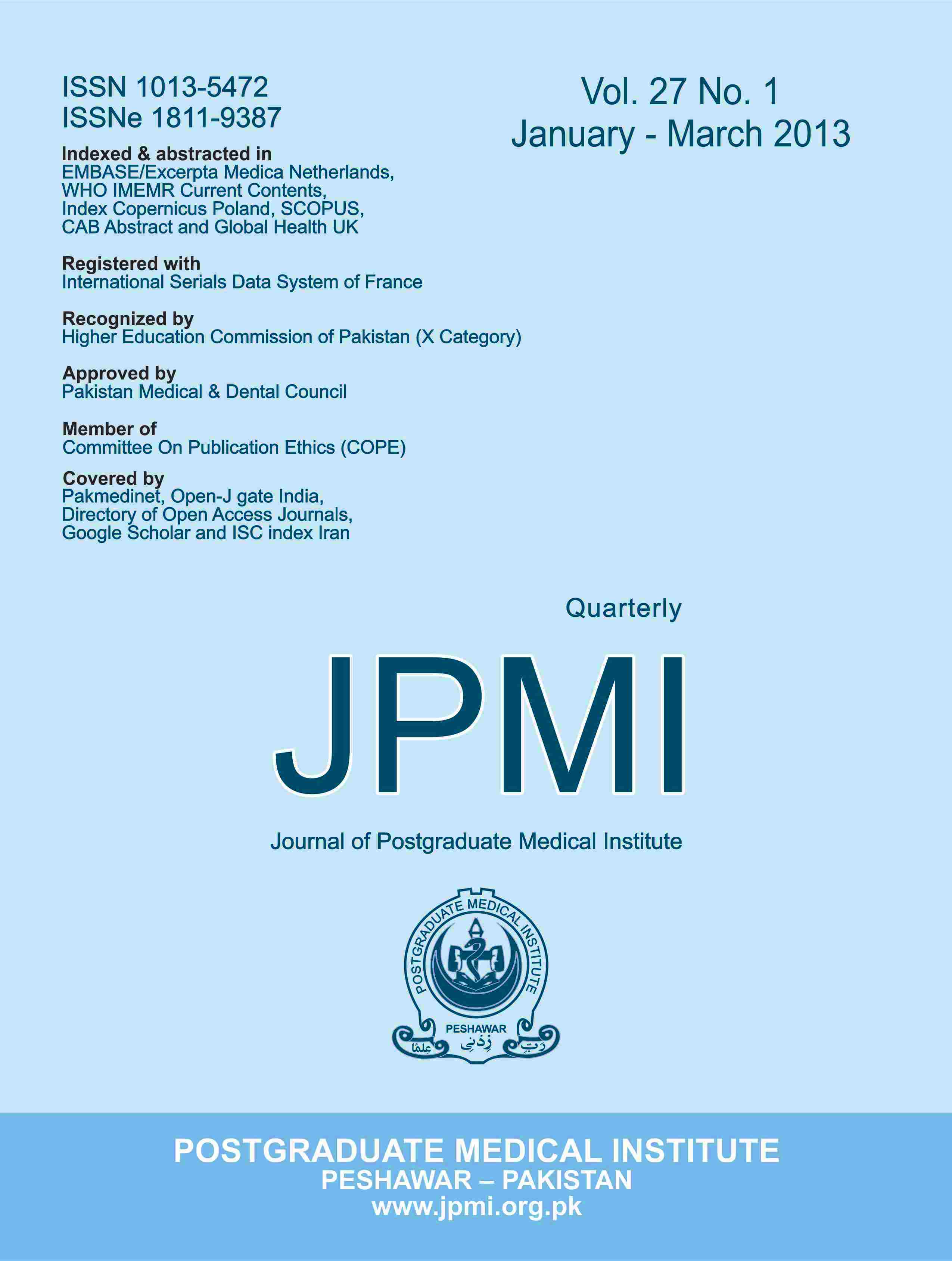 Objective: To study the effect of Telbuvidine (LDT) monotherapy in the treatment of HBeAg positiveChronic Hepatitis B infection (CHB) with normal ALT levels.

Results: Out of 83 patients who continued the treatment as per protocol, 59 were males and 24 werefemales between ages of 21 and 50 years. Baseline HBV DNA levels were 7.82x107 copies/ml (Range4.8x104-8.3x109copies/ml). By the end of first year (52 weeks) the mean decrease in serum HBV DNA levelswas 7.88 log10 copies/ml and the proportion of patients having undetectable HBV DNA levels was 73%. Atthe end of second year of therapy (96 weeks) the percentage of undetectable HBV DNA levels increased to86%.At the end of 1st (52weeks) and 2nd (96weeks) HBeAg seroconversion rates were 62 % and 86% whileHBsAg seroconversion was 8% and 13% respectively.

Conclusion: LDT is a reasonable cost effective therapy for HBeAg reactive CHB patients with normalbaseline ALT levels resulting in a significant serological and virological response and was well toleratedin our population of Khyber Pukhtunkhwa.