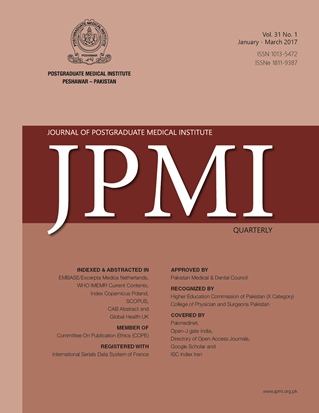 Objective: To examine the knowledge and perception among religious leaders regarding polio vaccine approval.
Methodology: A cross sectional population study was conducted in three districts (Bahawalpur, Bahawalnagar and Rahim Yar Khan). Sample of size of 120 religious leaders (RLs) was taken by using convenient sampling technique. Descriptive and inferential analysis was carried out.
Results: Every 9 out of 10 participants heard about the polio vaccination whereas every 2 out of 10 tend to disapprove it. Several reasons for disapproval were reported, majority (32.26%) of the participants believed that polio vaccine reduces the sexual power and affect the sperm (sterilize) as children grown up this was followed up by the vaccine consist of forbidden (Haram) ingredients (29.03%), its Jews lobby to destroy the muslim generation (22.58%) and it's a plan to reduce the muslim population (16.13%).
Conclusion: Although higher proportion of religious leaders approves the polio vaccination but at the same time misconception exists.