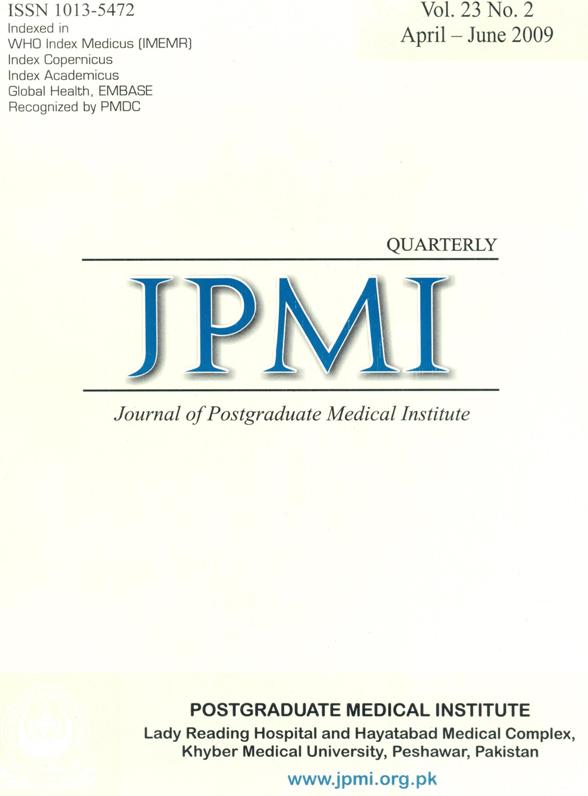 Objective: To study the spectrum of causes of acute intestinal obstruction in local set up.
Material and Methods: This was a descriptive study, conducted in the Department of Surgery Hayatabad Medical Complex Peshawar Pakistan. Study included patients admitted in General Surgery Ward, with acute intestinal obstruction from January 2004 to June 2008. Detailed history, physical examination and necessary investigations (baseline, and x-ray abdomen erect and supine in all cases and ultrasound and CT scan in selected cases) were carried out. Informed written consent was taken from every patient and was counseled about his or her condition and prognosis. After resuscitation all patients were explored through midline laparotmy incision. Operative information of every case was recorded on proforma. Frequency and pattern of different causes of intestinal obstruction were recorded and analyzed.